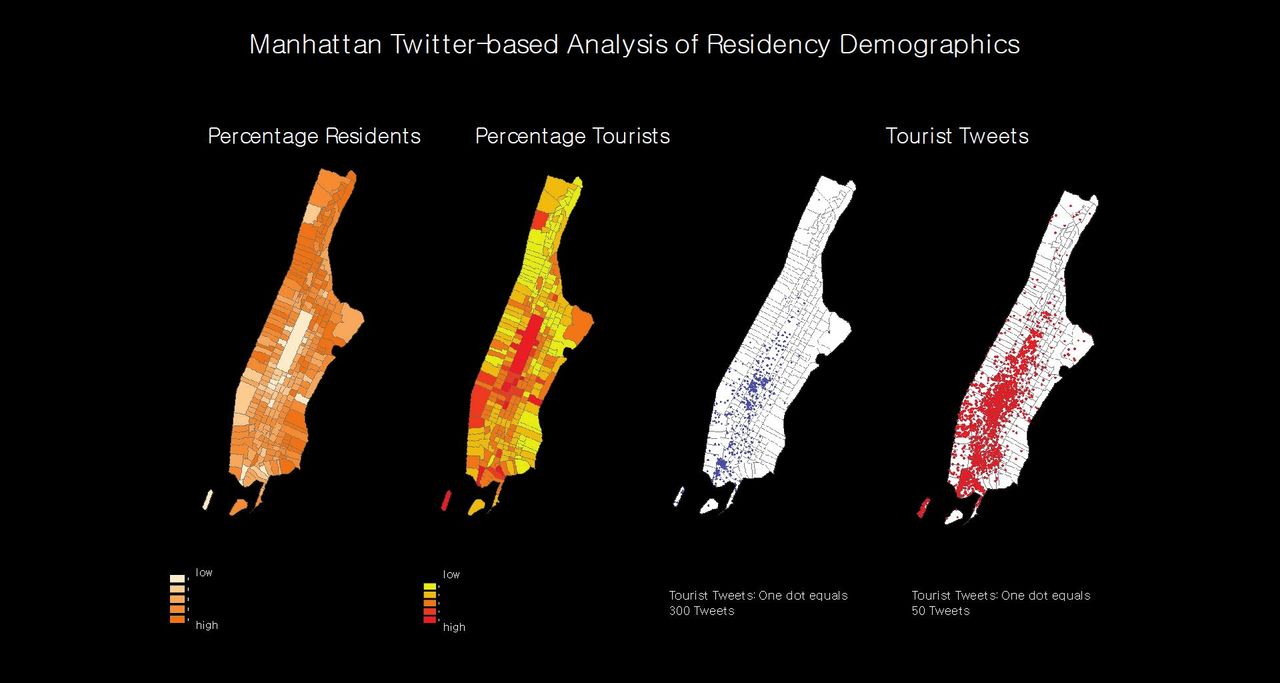 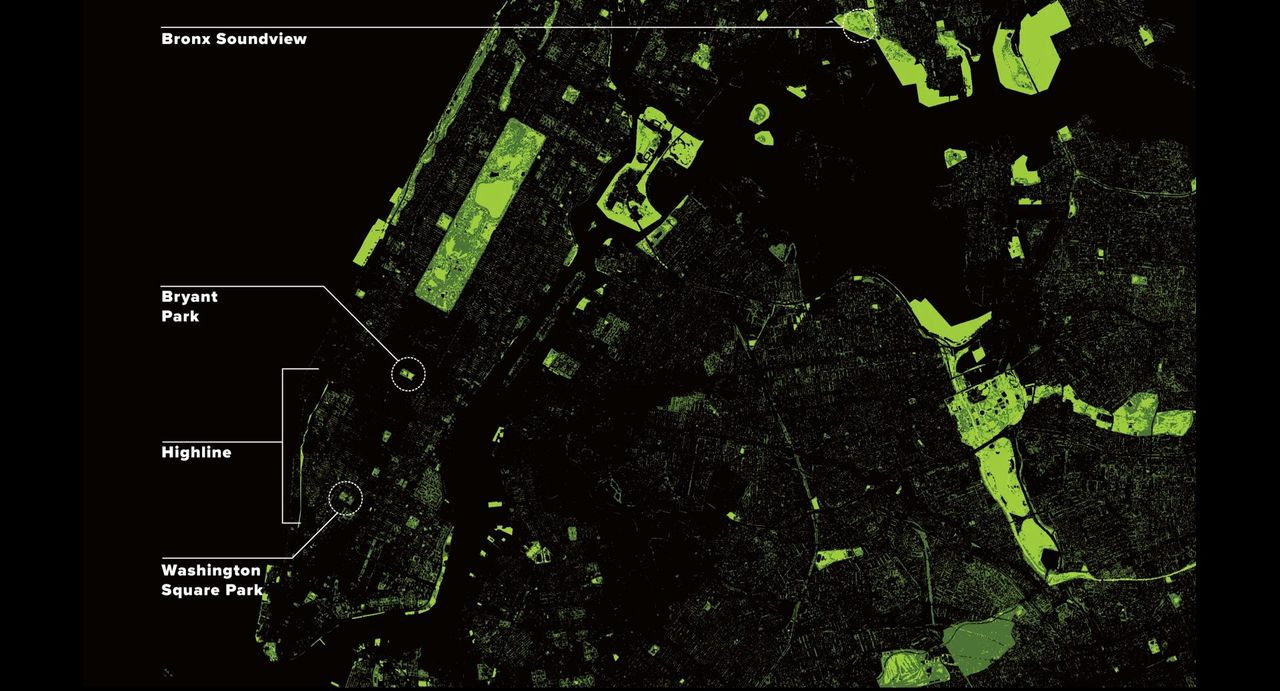 Social media is evolving as an instrument  for enhanced cognitive understanding of how urban space functions in real time. Over time social media will produce a new generation of urban design and planning tools that address how to make cities more environmentally and socially resilient.

Two projects for New York City have been able to confirm the efficacy of real-time geospatial tracking of information, which is already an important breakthrough in terms of urban design and planning. First is the Biosmiles app that is designed for community-based monitoring of micro-scale distributed infrastructure performance. The second is Twitter-based research on citizen sentiment in public parks, affirming the accuracy of Twitter data relative to specific events and conditions. Both represent advance in our comprehension of how we interact with our environment and vice versa.

The cognitive mapping of urban environments entails a mental decoding of information that has been a preoccupation for centuries, but more as a metaphysical construct. As precedent to our work there have been iconic studies; from Italian architect Giambattista Nolli’s 1748 plan of Rome, to Baudelaire's 1847 Flâneur—who walks the city in order to experience it—to urban planner Kevin Lynch's Image of the City analytics of the 1950s. In the present moment of technological advance, we are moving from urban cognition as primarily a literary and conceptual abstraction to an operational tool for spatial design. 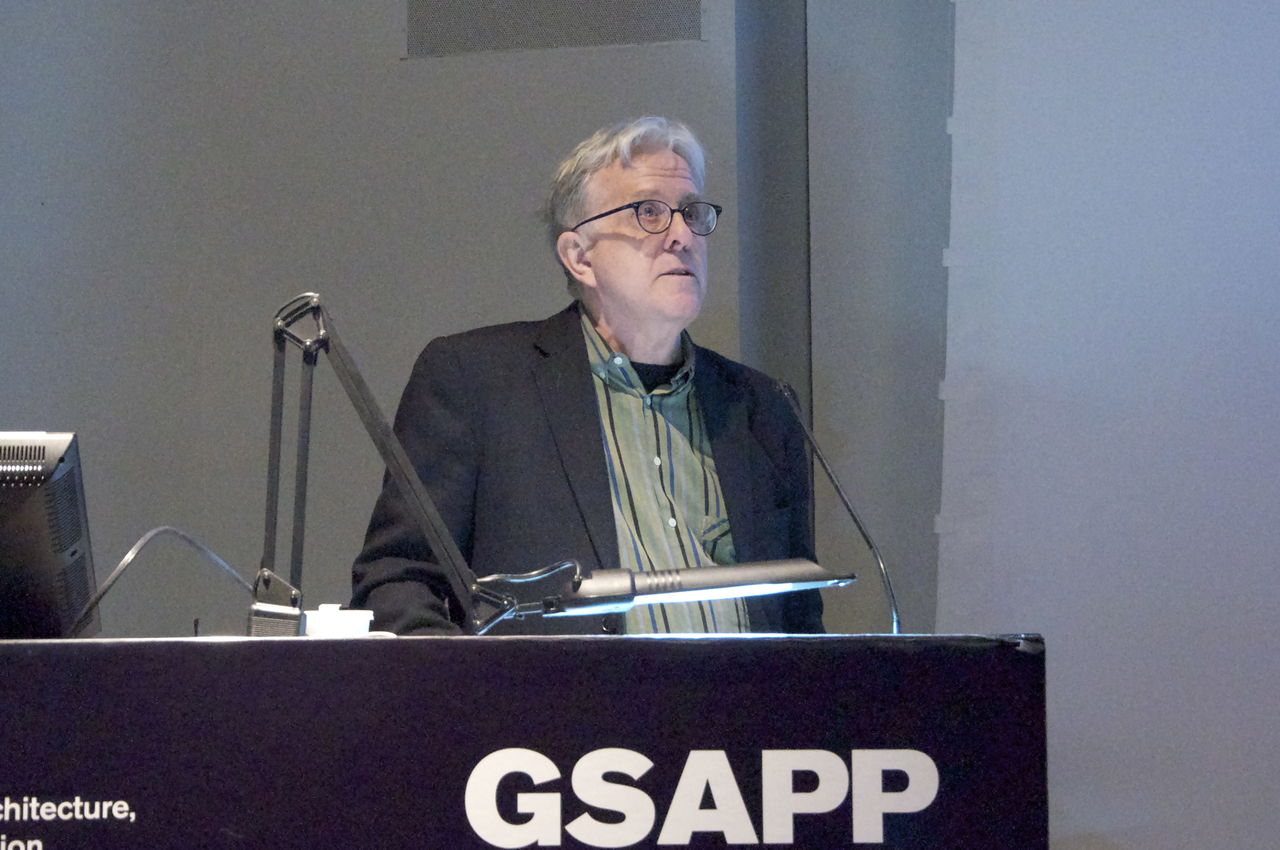 Richard Plunz is Professor of Architecture at Columbia GSAPP, where he has served as Chair of the Division of Architecture and Director of the post-professional Urban Design Program. He is also Earth Institute Professor where he is Director of the Earth Institute's Urban Design Lab. He received his engineering and architecture degrees from Rensselaer Polytechnic Institute. Faculty appointments have included Rensselaer, Penn State and the Katholieke Universiteit Leuven. He is known for a wide range of urban research, development and design projects both nationally and internationally, with a particular expertise in urban infrastructure and fabric. He has been recipient of the Andrew J. Thomas Pioneer in Housing Award from the American Institute of Architects for his contributions to housing research. A revised edition of his book, A History of Housing in New York City (Columbia 1992) was published in 2016.